I’m sorry it has taken as long as it has. It has put us a little bit behind schedule, but I hope that you found that the spirit of our questions and the nature of our questions really indicates a desire to get at answers rather than to make pronouncements.

COMMISSIONER CAREY: I’d like to thank all the panelists for your thoughtful and candid responses and tell you that I found it quite helpful.

CHAIRMAN LEVITT: I’m sorry we’ve delayed you a half hour. All of us have read a good deal of what you write about, and we know your opinions are strongly held and usually strongly stated. Please.

First of all, I’d liketo thank the Commission for the honor of being here today to express some of those opinions

As part of my opening remarks, I’d like to present a little background information about myself and my firm, because I understand that a little firm in Baltimore called R.G. Associates is not as widely known as any of the Big 5. So let me describe a little bit about my background in order to provide some context for my comments.

I spent nearly seven years as an analyst with a major mutual fund group in Baltimore starting in 1985. I’m now an accounting analyst who writes about accounting issues in a research service entitled The Analyst’s Accounting Observer.

I work with many buy-side and sell-side analysts. I provide assistance to individual analysts of both stripes when it comes to understanding either general or company specific accounting issues.

One impression has struck me over the last 15 years I’ve been in the investment business. Users often have little knowledge or understanding of the auditor’s mission or responsibilities. That may largely be due to an accounting profession that increasingly seeks to distance itself from the public image as auditor in favor of one that positions accountants in the public’s collective mind as business enhancing consultants.

For evidence of this, one only has to look as far as the Wall Street Journal. Ads for the Big 5 accounting firms are in the public image campaign of the AICPA. Let me state up front that I don’t believe there’s anything innately wrong with accounting firms offering consulting service, but I believe that this kind of activity only increases the confusion of the user community regarding the role of the auditor in the capital markets.

I detect frequent cynicism on the part of users regarding auditor independence. When the really spectacular accounting disasters occur, that cynicism is only magnified.

I believe the single most important challenge facing the auditing profession today is the issue of auditor independence and the appearance of independence. Enhance the independence of the auditor, and many of the other issues that concern investors will be remedied as well.

I believe that the truly independent auditors freed from worries about other services provided by his or her firm would bring about more improvement in the audit process than, say, any number of new rules about revenue recognition.

I’m concerned that the auditing side of accountingfirms may wind up being a mere sideline to consulting activities if trends continue and that the appearance of independence will be tainted.

If such a ban were enacted, I believe that the auditing profession would enormously improve its independence both in appearance and in fact. In providing advisory and auditing services, a firm is effectively serving two clients that are different. 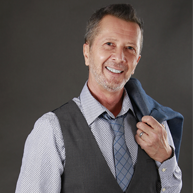